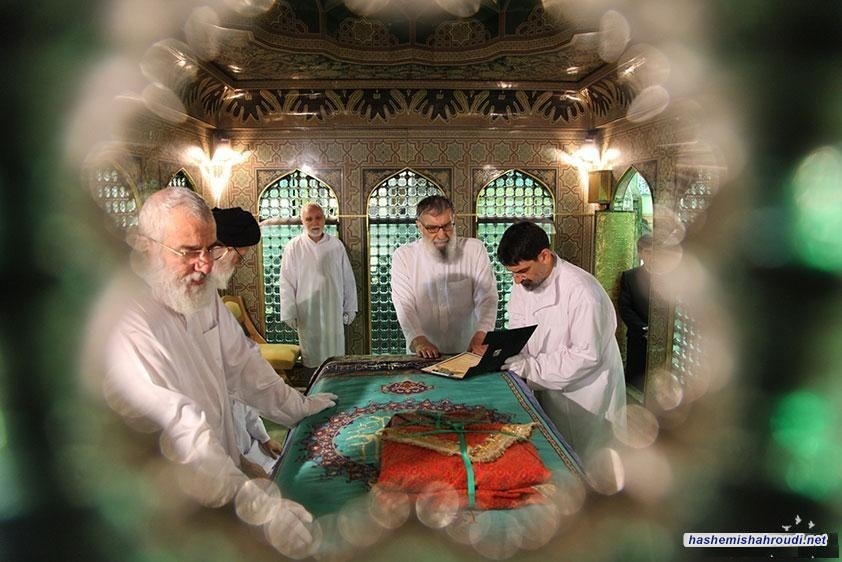 The great festival of the appointment of Muhammad (S AS) as a prophet of Islam is simultaneously on the threshold of the month of Shaban with the presence of his eminent the grand Ayatollah Hashimi Sharudi in the Illuminating recess of imam Reza that was covered with dust.
Simultaneously during this blessed day of the grand festival of the appointment of the prophet of Islam to prophet hood which was at the threshold of the magnificent month of Shaban, and at the first religious noble recess of Imam Reza which was this year cover with lots dust, together with his eminent the grand Ayatollah Hashimi Sharudi and the custodian of the holy shrine of imam Reza Ayatollah waij Tabacy, A group of scholars, Clergymen and those who are in charge of the holy shrine, the illuminating recess tomb of the eighth Imam was washed with pure Iranian rose water and the old veil and the wrapper on the recess tomb was changed and was replaced by a green veil.