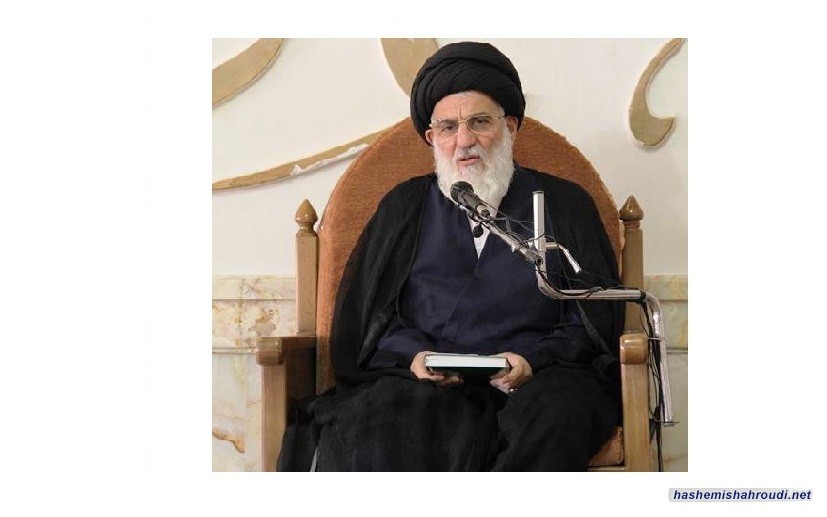 Grand Ayatollah Hashemi Shahroudi criticized the weakness of government as well as the diplomacy in pursuit of Mina disaster, how can we have a good neighborliness with a regime that leads excommunication, sedition and arson.

Grand Ayatollah Hashemi Shahroudi while referring to the weak diplomacy of the country in the Mena disaster said: the Saudi government who is the biggest breeder of excommunicating thoughts, by no means come to mind.

Grand Ayatollah Syed Hashemi shahroudi , this morning in the first session of Fiqh course that was held in Mohammadia mosque of the Holy Shrine of Harat Masooma (a.s) by referring to the bloody tragedy of Mina said: the new academic year is coincided with the anniversary of the bloody tragedy of Mina that every believer is pining away in grief and this disaster is unparalleled in the history of Islam. More than seven thousand believers were martyred in such a worst condition while they were wearing Ihram, with thirsty and dried lips, in the secure Shrine of God Almighty. This tragedy was very painful for the Muslim Ummah.

He added that while evil regime Saudi Arabia has forbidden those Muslim countries which are non-aligned politically with them such as Iran, Syria and Yemen to perform Hajj that is one of the most important Islamic rituals. Saudi government accuses the Iran of politicizing the Hajj with complete obscenity due to repudiation of the pagans that is rooted in Holy Quran and Prophet Tradition.

Grand Ayatollah Hashemi  Sharoudi  while deploring the lack of consideration of Islamic  authorities to Mina tragedy stressed that  although this disaster was occurred because of mismanagement and inadequacy of Saudi government in Hajj affairs but the more important issue of this tragedy is crime that should not be easily ignored. We expect from the authorities of the countries that they should not only raise the issue such as blood money and compensation but this atrocious crime should be openly reached to the international forums.

This prominent Professor of the Seminary asserted: issues such as blood money and compensation payments by the authorities is like that if Imam Sajjad (a.s) and Hazrat Zainab (a.s) after the Ashura, were looking to get the blood money of Imam Husain (a.s) and other martyrs of Karabala, while Imam Sajjad (a.s) and Hazrat Zainab (a.s) removed the mask of evil Umayyad and informed the society and Muslim world about their corrupt and evil character.

He said that there are important passages in the massage of the Supreme leader of the Islamic revolution addressed to the Muslim world that each passage contains Islamic policy and enlightenment that should be open. If these passages are explained carefully and correctly the most of the seditions in the Muslim world would be destroyed.

Grand Ayatollah Hashemi Shahroudi, in another part of his speech said: the Mina tragedy as it has been mentioned commonly, is not only mismanagement but it is a clear crime and it’s a murder committed deliberately and in result many people were martyred. However it shows the mismanagement of regime Saudi government as it suggests the incompetence in running the Hajj rituals every year. The quality of dealing with pilgrims, restrictions and pressures shows temper arrogance, humiliation and lack of respect for others that emanates the excommunication of this regime. It is not only the mismanagement but it’s a crime and deliberate murder.

While proving the crime of Saudi government in Mina he pointed out that there are three stats of deliberate murder, first murder is when a person comes and deliberately kills a person. It is a clear deliberate murder. This is the same murder that was done by this evil regime in the year 1366 against Iranian pilgrims in Mecca while repudiating. They ordered to kill the pilgrims of God’s guests. They threw stones on them from the top of the bridge and killed them. It is a deliberate murder and Imam Khomeini became angry and said we can forgive but this kind of crime of this regime cannot be forgiven and Hajj was banned for three years.

Another type of murder is that when a person does something knowingly and deliberately and that would be the cause the death of desired person for instance he digs a well on the way of a person that he might fell and die.

His Excellency called the Saud regime as the mercenaries that is doing work on behalf of America, Israel, Britain and hegemonic system and tries to fight against Iran to reduce the Islamic awaking as well as Islamic expansion.

He added: we must first realize that what regimes we are dealing with, then we talk about good neighborliness.

Grand Ayatollah Hashemi  Shahroudi while referring to the internal capacity of Wahhabis and to advance the goals of arrogance said: this regime playing the role of America and Israel in the region and of course they support and help as well.

He continued that Saudi Arabia introduce strong diplomacy of Iran as a state sponsor of terrorism in the world. Why do we remain silent about the crimes of Saudi government while we have all these evidences? Why should we talk about good neighborliness? Saudi Arabia is the enemy of Islam!

He said that Saudi government has told lies against Iran in great seminars such as Islamic Conference Istanbul and Arab League. We should also expose the major crimes of Saudi government and reveal their crime and murders in the world. Because they did such crime with pilgrims of the Kabaa that none of human being does even with animals. They were standing over the corps and laughing and some were buried before death and some were left to die in the morgue.

Grand Ayatollah Hashemi Sharoudi again emphasized on the diplomatic weakness and noted: Saudis are preparing for a major conference in Europe against the system of Islamic republic and the authorities are raising the issue of good neighborliness. Is it possible to have good neighborliness with such a regime who is leading excommunication, sedition and arson in the Muslim world?

Saudi Government has used its all sources to strengthen the excommunicating thoughts and has not left any effort in this way so there is no possibility of coming to terms with regime.